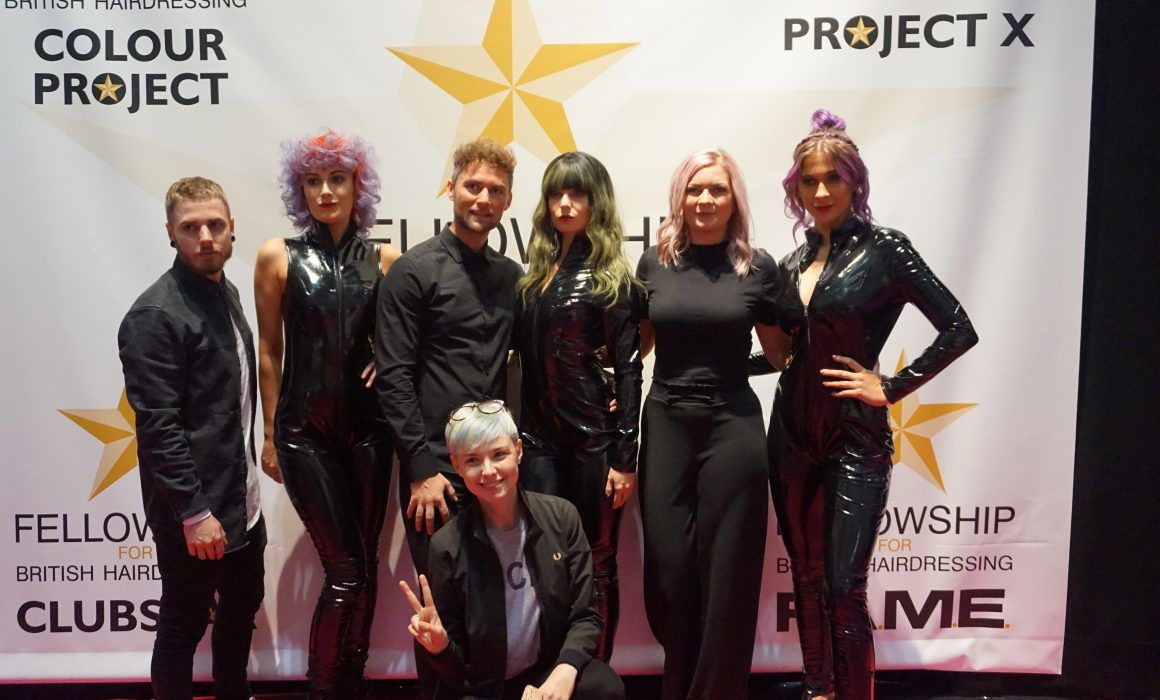 When Andrew received the call from The Fellowship’s Events Director, Ann Herman, asking him to host a show at this much loved and highly acclaimed event, he instantly fell in love with the idea.  For Andrew, the opportunity to present his creativity alongside his team at such an important event was truly an honour and, of course, a great pleasure.  Andrew and the Andrew Smith Art Team took to The Fellowship Stage with their models and presented an excellent show that was inspired by Marine life:  each member of the team presented their look and spoke of how they had worked with milk_shake Direct Colour to create bespoke and beautiful colours for their models.  To the delight of the audience, 3 incredible looks were styled using a variety of Hot Tools styling equipment before the end results were showcased during the most sensational finale where all the models took to the stage for an insane dance off!

Andrew said of the event: ‘Wow!  That was an incredible moment whilst I was standing up there on that stage, I realised just how much my dreams have really come true in less than 12 months

of pursuing them.  The show was just awesome and there was such a crowd that appeared to watch – I feel emotional and incredibly proud.  Sam and Emma were amazing – can you believe that Emma has only been hairdressing for 2 years?’  Andrew continues ‘I really can’t thank the Fellowship team enough for all the support and encouragement that they have given me.  In particular, Ann Herman who has been so inspirational and honest with her feedback and guidance and Jo Martin, The Chairman for her constant support.  If there are other hairdressers out there who are dreaming of becoming involved in such events then I really can’t recommend The Fellowship enough!’