To see that title up online and in print is just the most unreal and magical moment for our salon owner and inspiration Andrew Smith.  In fact, it’s a moment Andrew, the owner of his three eponymous salons in Hampshire, has dreamed of for his whole career.  On Monday evening (25th November). Our Artistic director won the coveted title of Southern Hairdresser of the Year at HJ’s renowned British Hairdressing Awards 2019, sponsored by Schwarzkopf Professional.

Our newly crowned styling star beat five other finalists to triumph in the awards, dubbed the ‘Oscars’ of the hair world, gaining top spot as the South of England’s most outstanding hairdresser, in a category which welcomed entrants from a large catchment area of eight English regions: Berkshire, Buckinghamshire, East Sussex, Hampshire, Isle of Wight, Kent, Oxfordshire, Surrey and West Sussex.

Andrew claimed the status as Southern Hairdresser of the Year 2019, after his phenomenal original hair work demonstrated not only technical skill, but also creative vision and comprehension of current trends.

Going through vigorous judging before being rewarded for his skill, Andrew was required to submit a collection of eight images and this photographic work was judged twice by a panel of hairdressing legends, leading national beauty press, and Hall of Fame members (those who have won the same British Hairdressing Awards category on three occasions).

Andrew received the coveted title at the Grosvenor House, a J W Marriott Hotel in London in front of a 1,750 strong audience of hairdressing peers, influencers and press. Celebrity host for the evening was TV personality Rylan Clark-Neal, who was joined by Hairdressers Journal International’s Executive Director, Jayne Lewis-Orr and Schwarzkopf Professional’s General Manager Julian Crane. After the dazzling ceremony guests were treated to a performance by The Hoosiers with their hits Goodbye Mr A and Something About Ray. 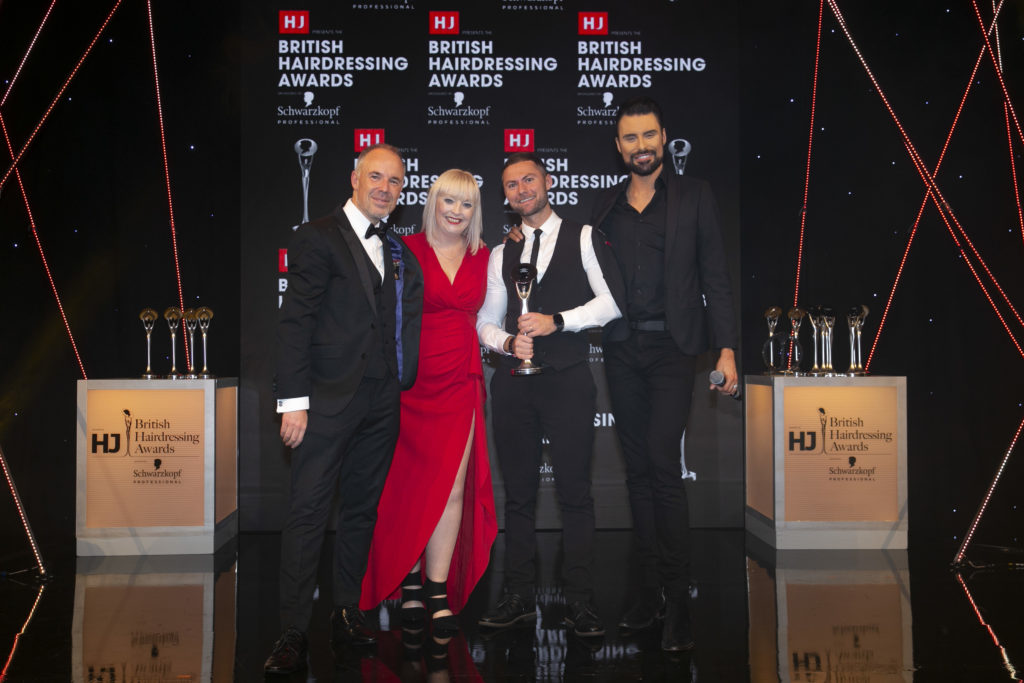 2019 has been the most incredible year for Andrew, in September he has claimed the title of Men’s Hairdresser Of The Year in the Hair Awards and only last week his collection won British Photographic Image Of The Year in the National Hair Federation Awards who are the biggest and most renowned organisation in British Hairdressing.

Commenting on the win, Jayne Lewis-Orr, Executive Director of HJ’s British Hairdressing Awards said; “The calibre of entrants in this category is always extremely high, but Andrew’s recognition is truly deserved. British hairdressing is known the world over, and Andrew continues to show that excellence and creativity are still at the heart of UK styling. Warmest congratulations to him for demonstrating fantastic technical dexterity, and for being such a great ambassador for our industry.”
Delighted with his win, Andrew said: “Thank you so much to Schwarzkopf Professional & Hairdressers Journal for putting on this amazing event. I’ve always dreamed of being here and picking this award up, it’s definitely something you dream of your entire hairdressing career. I couldn’t have done this without the support of the creative team on the shoot, Richard Miles who was the most amazing photographer to work with, my product brand milk_shake, my biggest supporters at Wonderful Life Hair Salon Supplies, z.one Concept, my salon team and lastly my partner Dan.” 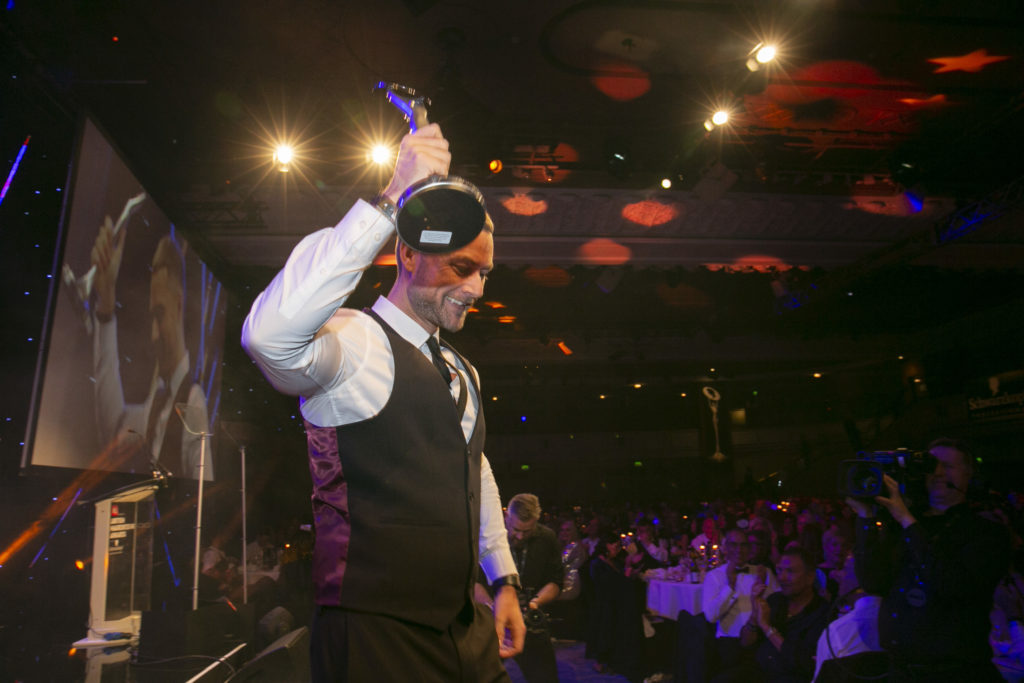 “Sponsoring HJ’s British Hairdressing Awards is an enormous privilege,” says Julian Crane, Schwarzkopf Professional General Manager UK and Ireland. “We are delighted to join with Hairdressers Journal International to recognise the very best in UK hair talent. Hairdressing is an industry of endless creativity and the breadth of ideas in this year’s awards was outstanding. I am absolutely delighted for the winners and they should be so proud of how they represent the pinnacle of skill in our industry.”